With the launch of #MRSPride next month, I’ve been thinking more and more about what it means to be a gay woman working in research - and how greater representation of LGBT+ perspectives in research industries might well make for better research outputs.

First, cards on the table: I like LGBT+ culture. I care about it. My interests in it are professional as well as personal: I have a PhD in queer theory, queer media and queer politics, as well as a wife with whom I’ll have (as of the summer) two kids. And, of course, I care about representation, across the research and insight industries and beyond: as Richard Dyer and so many others have noted over the years, representation matters. How we're framed in culture – including in work culture – directly affects the way we think about ourselves, and how others think of us.

But that’s not what I want to talk about.

What I want to talk about here is why LGBT+ identity (and the queer perspective on the world it tends to bring) is so useful in actually doing research – not just in being part of the research industry.

Because, in my experience: if there’s one thing LGBT+ people have in common – this otherwise wildly un-homogenous group of people spanning every gender, every ethnicity, every age and cultural identity – it’s an awareness of their own otherness. Of not quite fitting in with mainstream cultural norms and mainstream cultural practices. Of being a little bit other; a little bit different.

This is changing, of course. Many areas of UK culture at least are immeasurably more receptive to (at least) gay and lesbian lives and ideas; to those ideas about gender-as-performance and identity-fluidity that have trickled down from Judith Butler and Jack Halberstam and Eve Sedgwick since the 90s. A significant minority of British kids no longer see labels of “male” and “female” – let alone “gay” or “straight” or “bisexual” – as meaningful or personally relevant.

But for the rest of us – at least until the UK cultural mainstream catches up with these visionary kids and their perceptions of the world – there’s still a residual otherness, a lingering sense of difference.

And a sense of difference is surely part of what makes a great researcher.

Both cultural research (the kind we do at Canopy) and qualitative research (from facilitation to IDIs and ethnography) demand of researchers not just empathy, not just the ability to understand and relate to people and the cultures that construct them, but a(n anthropological) recognition of the fundamental otherness, the essential strangeness of everything and everyone, including ourselves – an openness to defamiliarisation.

LGBT+ researchers raised in predominantly-straight (and intermittently homophobic) cultures, I’d suggest – hell, LGBT+ people, beyond the research world – have this disposition in spades.

(And not just LGBT+ researchers, I should add. BAME researchers, Jewish and Muslim researchers, butch and femme and gender nonconforming researchers, neurodiverse researchers, researchers with a (visible or invisible) disability… Any researcher who’s ever felt the sensation that mainstream UK culture wasn’t quite built for them, or by them, or with their needs and interests in mind).

So here’s to #MRSPride, and the work of organisers like Michael Albert Brown, and the difference that (ironically) brings us together. I’ll see you there in May. 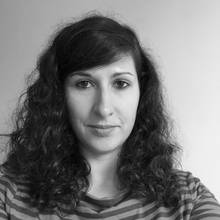 One of Canopy’s co-founders, Nat works with clients to develop meaningful, commercially-viable and future-proofed innovations, market positions and communications through the practical application of cultural insight.

Canopy Views
Key Shifts in Retail | Part 5: One for All